How to be a curious entomologist — 3

For follow-up information on techniques and equipment, and links to suppliers, organizations, societies and recording schemes, go to the report of the first workshop and scroll down the page.

As usual, the first thing was to find some specimens, and despite the lateness in the season we had no trouble.

You can’t beat a sweep net.

A river runs through it, even.

I, again, found it really satisfying talking and enthusing about entomology, and the importance of keeping some specimens to make a collection. And I think everyone who attended came away with some satisfaction that we had amassed a reasonable number of specimens at the day’s end. 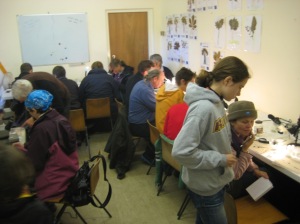 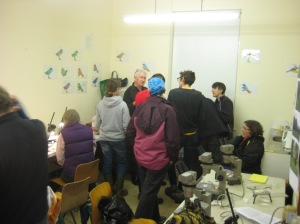 The specimens, along with those from Deptford Creekside and Devonshire Road Nature Reserve, will now be kept in the hope that they will be added to, and eventually become part of any baseline environmental surveys of the sites.